WE DID IT EVERYBODY! PARKS AND RECREATION IS ON FOR A THIRD SEASON THANKS TO ALL OF YOU!!!! I LOVE YOU!!! and Amy...
Posted by Bean at 6:45 PM No comments:

A new episode of P&R will air on February 4th entitled "Sweetums" here is the synopsis:
The Parks Department forms a partnership with a local company to sell energy bars at the parks in Pawnee, but Leslie tries to stop the deal when she discovers how unhealthy the snacks are. Mark reluctantly agrees to help Tom move out of his house.
Posted by Bean at 5:08 PM No comments:

In 2009, you had one of the biggest years ever. Besides Parks and Recreation — of course — you guest starred in multiple episodes of ABC’s Scrubs; appeared in Funny People, I Love You, Man and Observe and Report; performed stand-up comedy across the country (including the taping of your Comedy Central special in July) and sold three movie projects to Judd Apatow and Universal Pictures. Why do you think 2009 turned into the year that you truly broke out into the mainstream?
I started using a really good facial moisturizer. Once I moisturized and people noticed how soft and smooth my skin was, things starting going up, up, up!

Your winter holiday was spent in Japan and then Australia, where you performed a stand-up show on January 2. Explain what that trip was like. Parks and Recreation writer Alan Yang tagged along too, right?
I’d always wanted to go to Tokyo, and Alan and I’s mutual friends James, who is very familiar with Tokyo was going to be there, so we tagged along with him to Tokyo and Australia. It was a great trip. I mainly ate a lot of food (ramen, sushi, teppanyaki, yakitori, etc.)

You’re said to be collaborating with TV on the Radio’s Dave Sitek on a hip-hop mixtape featuring your popular Funny People character, Randy. How’s that coming?
QUIT REMINDING ME OF ALL THE WORK I HAVE TO DO. Dave sent over a bunch of beats to me and they are really great. I’m busy with the buildup to the special so I haven’t had time to really get to work on my end, but I think it’ll be a really fun project.

Forgetting Sarah Marshall’s spin-off, Get Him to the Greek, is scheduled to be released this summer. Your character in the movie works for a record company headed by a dude named Sergio Roma (Sean “Diddy” Combs). It also employs guys like Aaron Greenberg, played by the consistently funny Jonah Hill. Katy Perry and Christina Aguilera play themselves, among other cameos. How hilarious of a movie are we talking here?
This movie is going to be great and people will especially be impressed with Sean “P. Diddy” Combs.

One of your good friends, Jason Woliner, directed a Parks and Recreation episode earlier this season. A few weeks later, your friend (and fellow comedian) Paul Scheer appeared on the show as KaBOOM! project manager Keef Slertner. Is this by coincidence or do you have some pull in who comes on the program?
I have zero pull man. I’ve been trying to get Nelly on the show since day one. They are not having it.

Obligatory Parks and Recreation question: Give Tom Haverford fans something to look forward to in the second half of the current season.
Here’s some teasers that should get you excited without spoiling anything: Tom’s house. Soloflex. Bowflex. Nightclub. New suits. Jamie Foxx.
Posted by Bean at 5:04 PM No comments:

The Set Up Poll

Labels: polldaddy, polls, the set up 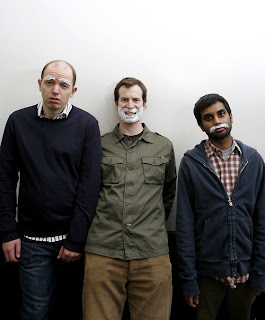 The Tumblrumors are true! As a promotion for Aziz's new standup special airing on Sunday at 10/9pm c, Comedy Central is airing a marathon of Human Giant episodes starting this late Friday night. Here’s all the showtimes.
Posted by Bean at 4:36 PM No comments:

Parks and Recreation is the Wu-Tang of Comedy from TubularGoldmine - Video
Posted by Bean at 9:44 PM No comments:

Now you to can be queen of the gays! 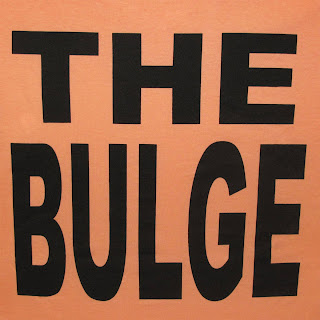 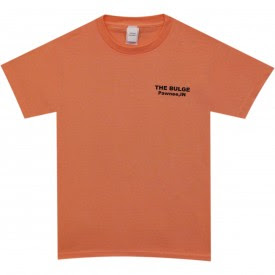 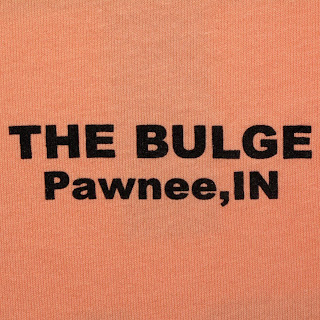 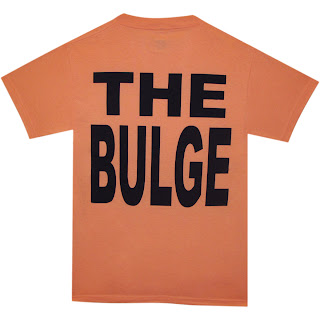 Interview: Amy works with Will

The Set Up Preview 5

The Set Up Preview 4

The Set Up Preview 3

The Set Up Preview 2

The Set Up Preview 1

The set up
synopsis: Ann (Rashida Jones) sets Leslie (Amy Poehler) up on a blind date with a co-worker (guest star Will Arnett), which does not go as well as Leslie hoped. An old friend of Ann’s (guest star Justin Theroux of tropic thunder) makes Mark (Paul Schneider) feel insecure.
Posted by Bean at 11:13 AM No comments: 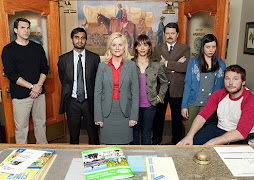